This sunday, I tagged along with a friend for some trainspotting in the Allgäu. Thanks to a burnt down diesel engine, some ALEX trains near Immenstadt are currently operated with NE81 DMUs that are not indigenous to the region.

While waiting for our mark, we tried some motifs with other trains on the quite busy route from Immenstadt to Obersdorf, like this InterCity: 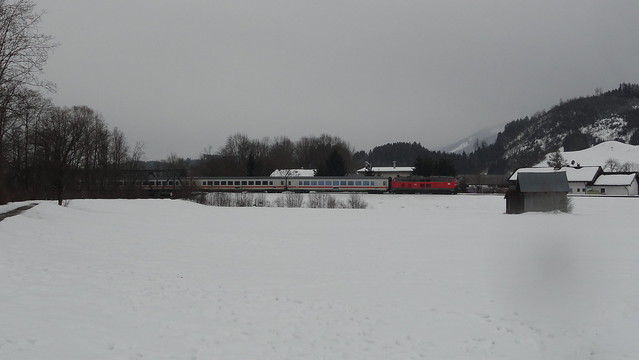 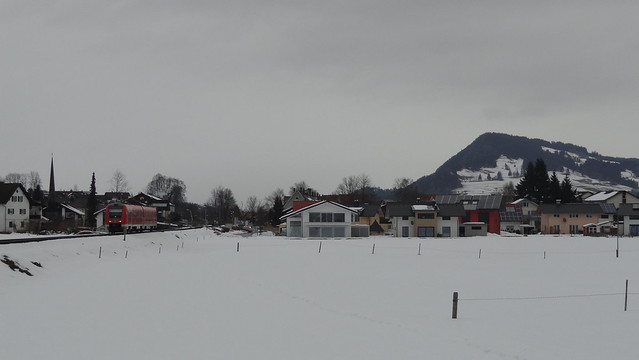 I even got to ride about one and a half our in this pinnacle of German engineering, which awoke many nostalgic feelings. Mostly, they were disdain and nausea.

Then, our mark approached and I messed up two of my three shots. *grumble* But this one was intended to be my main scene, anyway. 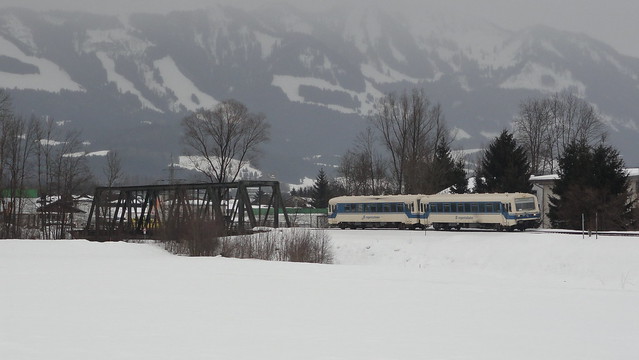 And, if you don’t share the scene’s general hatred of rear shots, this one is also decent. 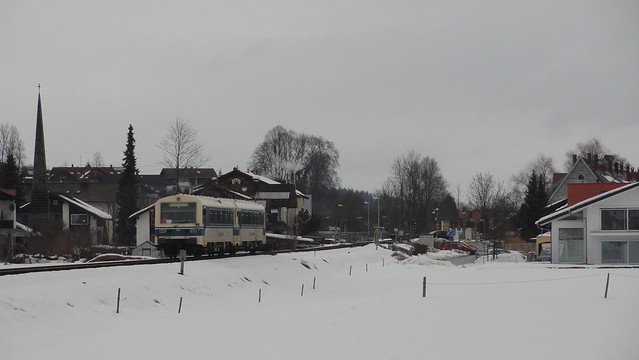 Back at Immenstadt, I had an opportunity to take some detail shots (bogeys and stuff like that) for my personal archive, and one shot of this nice-looking horns: 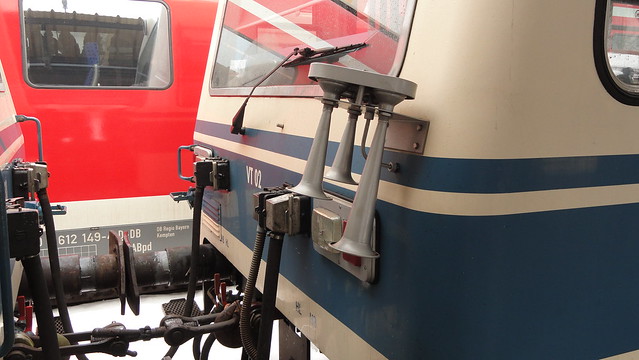 After that, neither of us felt particularly like standing in the snow for more mediocre bad-weather shots, so we took the next train to Lindau and took some pictures there. This one shows the EuroCity from Munich to Zurich, which has already been connected to the SBB engine which takes over from two class 218 diesel engines at Lindau. 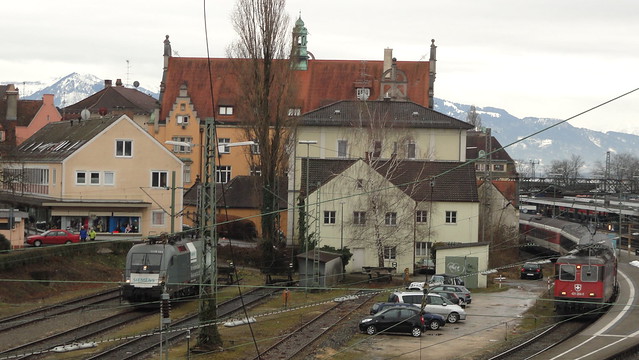 The Class 218s then pulled forward under the overpass, waiting for the opposite train which arrived a couple of minutes later. 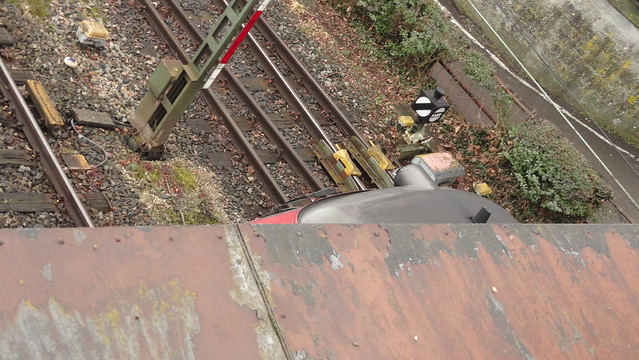 The EC pulled into the station just when a regional train headed for Stuttgart left. 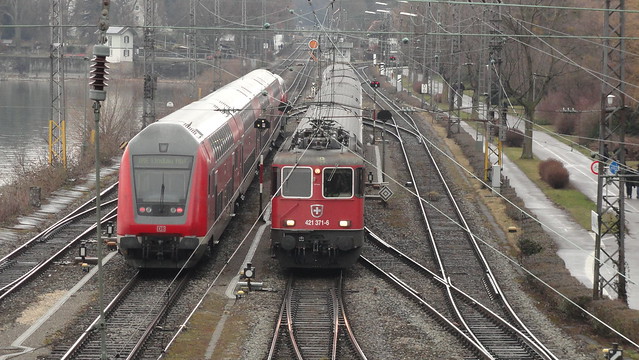 And that’s the end of it. I ate a Döner at the station (it was neither particularly good nor particularly bad) and we headed back to Munich.

One of these days, I should probably also share some of my photos from Zurich here. They are already on Flickr, but some of them could probably do with some commentary.